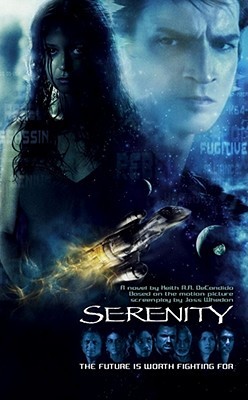 Firefly and Serenity are my all-time favourite Sci-Fi tv show & movie, so I was hoping the novelisation of the film might at least be an enjoyable read. Disappointed isn’t the word for it. I gave up on page 82. I know it’s probably tough to weave backstory from a tv show into the novelisation of a movie, but it was so stilted and drawn-out that it arrested the flow of the story. Although the dialogue was brilliant – well it would be as it was from the film – the attempt to mimic it in the narrative was painful to read. Not to mention the actual bad grammar in places where there was no call for it. What really spoiled it for me, though, was the lack of emotional depth or any exploration of character. I’ve read better fan fiction. This read like a book aimed at preteens. When will someone write a novelisation for grownups? They should have asked Steven Brust to write this book. His Firefly novel (My Own Kind of Freedom) is perfect!