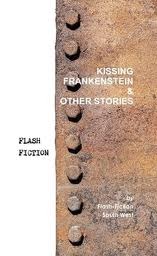 A superb collection of flash-fiction written by writers in the West Country of England. A veritable treasure chest of small, shiny stories. This would be a great introduction to the form for anyone interested in flash-fiction as well as appealing to the more seasoned reader or writer. Not only is it a good read, but it’s a good size – small enough to fit in a coat pocket or a handbag.

(Disclosure: I was one of the submission readers for this anthology.) 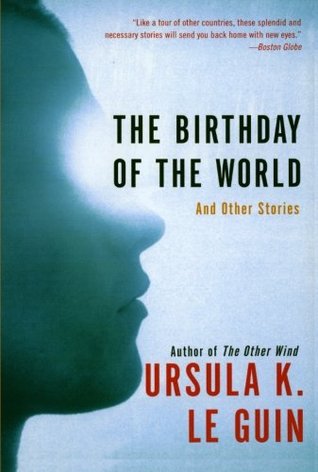 One Saturday afternoon, when I was about twelve years old, my dad put a tape in our VCR and pressed play. After the pounding of the 20th Century Fox drums had faded, there was a quiet pause followed by a second dramatic fanfare. (Even now, nearly thirty years later, the sound of it makes my insides tickle with anticipation!) As the trumpets trumpeted, little blue words appeared on a space-blackened screen: A long time ago, in a galaxy far, far away … And thus began my love affair with Space Opera.

Star Wars led me to Star Trek, which, if we we’d been good, we were allowed to watch on the black-and-white telly in the dining room while we ate our dinner on a Friday night. After that came, Battlestar Galactica, Buck Rogers, Blake Seven, Stargate, Farscape, Andromeda and Firefly. I haven’t just watched Space Opera, though, I’ve read it too: Anne McCaffrey, Iain M. Banks, Isaac Asimov, Arthur C. Clarke, Frank Herbert, Larry Niven, M. John Harrison to name but a few of the authors who have graced my shelves over the years. There’s just something about the adventure of it all, the battles of good against evil, the people, the places, the romance …

Which brings me to how I came to read this book. I wanted to read a Space Opera that had a good measure of romance in it. Something epic and solidly sciency, but in which the characters fall in and out of love like normal people do. If you google ‘science fiction romance’ you are presented with lists of books where the SF is just a backdrop for sex. The covers depict strong, bare-chested men holding impossibly-curvy, swooning women in their bulgingly-bicepy arms. Not my cup of klah. I wanted a story where the romance was a subplot … you know, like Han and Leia’s, Malcolm Reynolds and Inara Serra’s, John Crichton and Aeryn Sun’s. Anyway, after a lot more googling, I came up with a recommendation for this book by Ursula K. Le Guin. I’ve read and enjoyed a few of hers, but hadn’t come across this one. I’m so glad I did, though, because not only is it packed with solid science, and not only is there a hefty dose of … I wouldn’t call it romance; maybe ‘relationships’ is a better term, like all good SF it holds a mirror up to humanity and makes it take a long, hard look at itself.

The Birthday of the World and Other Stories is a collection of eight short stories set in Le Guin’s Hainish Cycle universe. The individual stories are each set in a different society within that universe and explore the cultural norms and issues relating mainly to relationships, sex, sexuality and gender.

Coming of Age in Karhide is about a young Gethenian who is approaching puberty. Gethenians are hermaphroditic and androgynous for most of the time, except during periods called Kemmer, when they morph into either males or females in order to mate. A fascinating (and graphic) look at how we view people though the lens of gender.

The Matter of Seggri is set on a world where the number of women in six-times greater than the number of men. Women live in medieval-style villages, while the men live in garrison-like castles. At first it appears as if the men have the better life – the women do all the work and provide the castles with all that they need; the men entertain themselves with games and competition and leave their castles only to have sex – but it soon emerges that things are, as they say, not quite as they seem. Again, a fascinating look at gender roles.

Unchosen Love starts with the words “Sex, for everybody, on every world, is a complicated business, but nobody seems to have complicated marriage quite as much as my people have.” On Planet O, there are four types of people: Morning women, Morning men, Evening women and Evening men, and a marriage is made up of all four. This story and the next, Mountain Ways, shine a light on love and marriage by showing us it’s intricacies, issues and how it does and doesn’t work on Planet O.

In Solitude we meet the daughter of a scientist who takes her children to live amongst the people of Eleven-Soro in order to observe their culture. Women live in villages called ‘auntrings’ and keep themselves to themselves, while men live hermit-like in the forests around the auntrings, the two only coming together to mate. The world is post-apocalyptic and you get the feeling that this segregation is society’s way of avoiding the critical population mass and magic (technology) that they believe caused the disaster, a belief which the daughter comes to adhere to as she grows up amongst the people her mother is observing.

Old Music and the Slave Woman is a sad story about freedom and justice in a world divided by civil war.

The Birthday of the World tells of a ruling family who believe they are Gods, but who end up questioning that belief when a prophecy appears to come true.

Paradise Lost is the tale of the fifth generation of passengers born aboard a long-range spaceship who eventually discover that they are going to reach their destination (an earth-like planet) forty years ahead of schedule. Over the years they’ve been travelling, a new mythology has evolved aboard the ship which comes into conflict with the ship’s original purpose. It makes the reader ask, “What’s more important, the journey or the destination?”

It was a bit of a mixed bag as far as holding my interest goes. I couldn’t put down Coming of Age in Karhide, The Matter of Seggri, Unchosen Love, Mountain Ways or Solitude, but I had to force myself to finish Old Music and the Slave Woman and The Birthday of the World. They were a bit slow and trudgy. By far the best (and longest) story, though, was Paradise Lost. Utterly gripping.

So, this book has got it all – solid science, adventure and alien societies, space-age ships and technologies, romance, relationships and religions – and it’s all written in Le Guin’s confident, intelligent style that forces you to think beyond the words on the page, but the stories in this book have not satisfied my hunger for Space Opera; they have just increased it.

On a side note, perhaps the most inspiring part of this book for me as a writer, was the foreword written by Le Guin herself, in which she shares her writing process. It seems that for her, writing a story is a voyage of discovery. Sometimes she doesn’t understand where a story is going. Sometimes bits of myth and legend pop into her head. Sometimes she just listens to the people who populate her worlds and lets their voices take over. I’ve often wondered if I should plan out my longer stories more, but reading about how Le Guin writes has given me a bit more confidence to follow my instincts and carry on writing by the seat of my pants.