From Doing Justice by Stephen Cherry (Barefoot Prayers: A Meditation a Day for Lent and Easter).

‘Daily I am assailed by news;
daily I struggle to absorb it, to drink
the cup of other people’s suffering.

Teach me how to hear the news;
show me how to respond.’

From On Hearing the News by Stephen Cherry (Barefoot Prayers: A Meditation a Day for Lent and Easter).

Often, when I watch or read the news I just don’t know how to respond to all the bad stuff that happens in the world – climate change, terrorism, floods, earthquakes, famine, disease, rape, murder, sexism, racism … There is so much unkindness, intolerance and injustice. How is anyone supposed to know how to start fighting it all? It’s overwhelming.

But then I remember the story of The Boy and the Starfish and it all seems a bit more doable. It’s one of those parables it’s hard to forget … 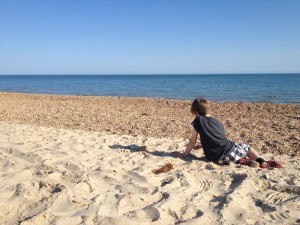 One morning, a man was walking along a beach when he came across a little boy standing at the water’s edge, picking things up and throwing them in the water. As he neared the boy, the man saw that he was surrounded by thousands upon thousands of starfish. They had been washed up onto the beach by the previous night’s storm.

‘What are you doing?’ asked the man.

‘I am throwing starfish back in the sea,’ replied the boy. ‘If they don’t go back in the water, they’ll die.’

‘But there are so many of them,’ said the man. ‘You can’t possible hope to make a difference.’

The boy bent down, picked up a starfish, threw it back in the ocean and said, ‘I made a difference to that one.’ 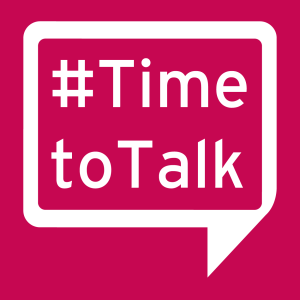 I’ve never made a secret of the fact that I’ve suffered from depression and anxiety. I believe that being open about my mental health problems has helped me to recover from them. I also believe that the more people talk about it, the more society will recognise that anyone can suffer from a mental illness and that there should be no shame in it or stigma attached to it.

That’s why I’m using this AtoZChallenge as a Time to Talk. Over the course of April, I will be posting about my experiences with mental illness: the bad times, the good times, the things that help, the things that hinder. As well as writing, I’m looking forward to talking, but I’m not an expert on mental health, so I won’t be offering any advice. With that in mind, here are some links where you can find out about:

See you tomorrow for A is for Anxiety … 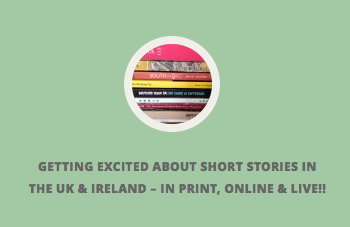 ShortStops is the place to go to find out about what’s going on in the world of short stories. There, you’ll find a growing list of places that publish short fiction as well as news of competitions, calls for submissions and details of live literary events. 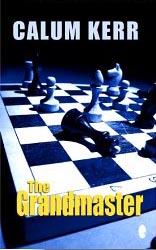 If, like me, you love television crime drama, the odds are you’ll love this book.

The Grandmaster is the latest offering from Calum Kerr (writer of the flash-fiction collections Braking Distance, Lost Property and 31) and consists of 31 very short chapters which tell the story of crime-scene cleaner Mike Chambers and DC James Worth’s race to catch the brutal killer of several seemingly-unrelated victims. Reading it was like watching a gripping police procedural; it’s not only a quick read – I finished it in about 45 minutes – it’s fast-paced too. As I turned from the end of one chapter to the next, I kept hearing that Law & Order scene change ‘doink – doink’ in my head. It’s definitely got that urgent feel to it.

Despite being fast on plot, though, it’s not shallow on character. Both Chambers and Worth come across as good guys with issues and obstacles of their own to overcome, and I was relieved to read in the afterword that we might be meeting them again in future books. The victims are not just victims either. Even through the small windows shaped by this book’s tiny chapters, we are given the space to peer into their lives and get to know them just enough to wish they’d been spared.

One word of warning, though: if you’re the hide-behind-a-cushion-type of crime drama lover, you might want to keep one handy. There’s not much that can make me wince and go ‘Oo … Ow … Eeeeeee,’ but this book certainly did!

The Grandmaster by Calum Kerr is available to buy at Amazon. 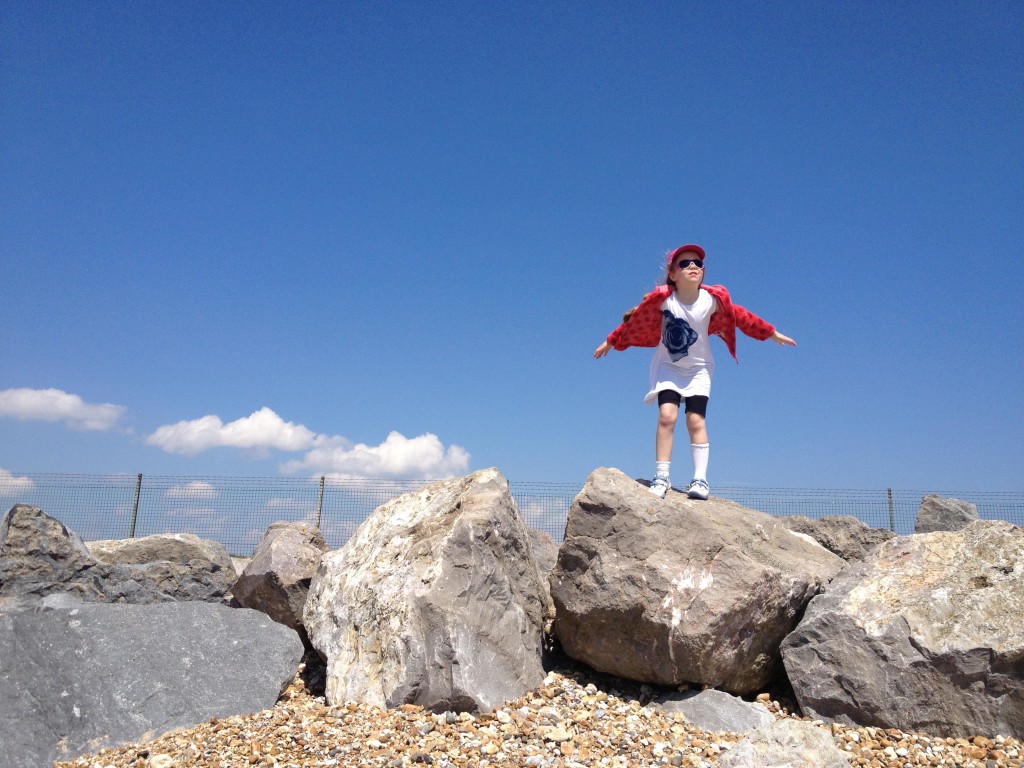 When I am disappointed, may I also be resilient and tenacious.

Inspired by Disappointment by Stephen Cherry (Barefoot Prayers: A Meditation a Day for Lent and Easter).

If hatred is a worm that infects our better selves and lays its poisonous parasitical spawn in our souls, how can we be rid of it? How can we stop it from growing, gnawing, rising, controlling. How can we loosen its grip on our hearts, our minds, our bodies? Maybe a good dose of each of the following could be part of the cure? 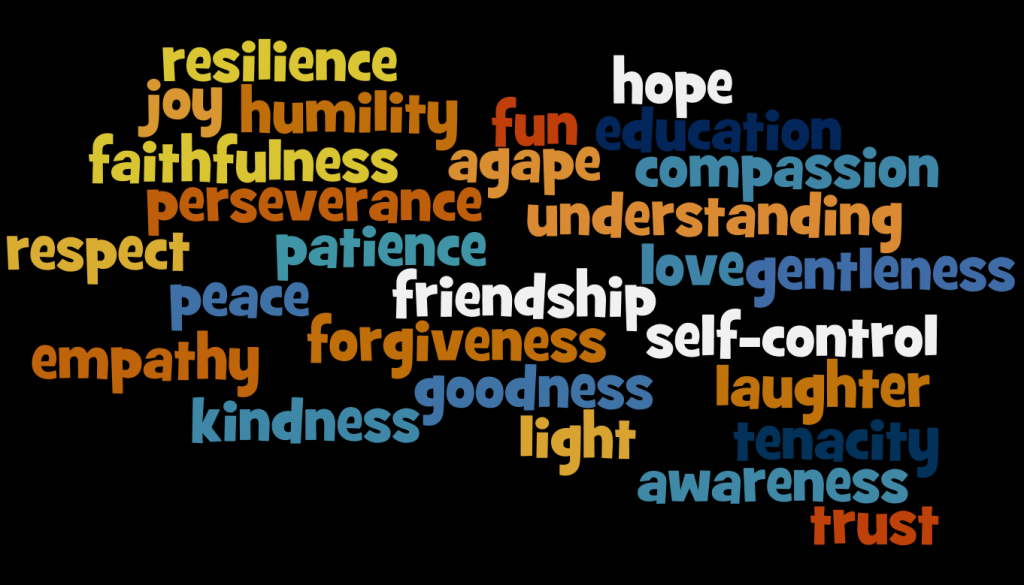 Inspired by Hatred by Stephen Cherry (Barefoot Prayers: A Meditation a Day for Lent and Easter). 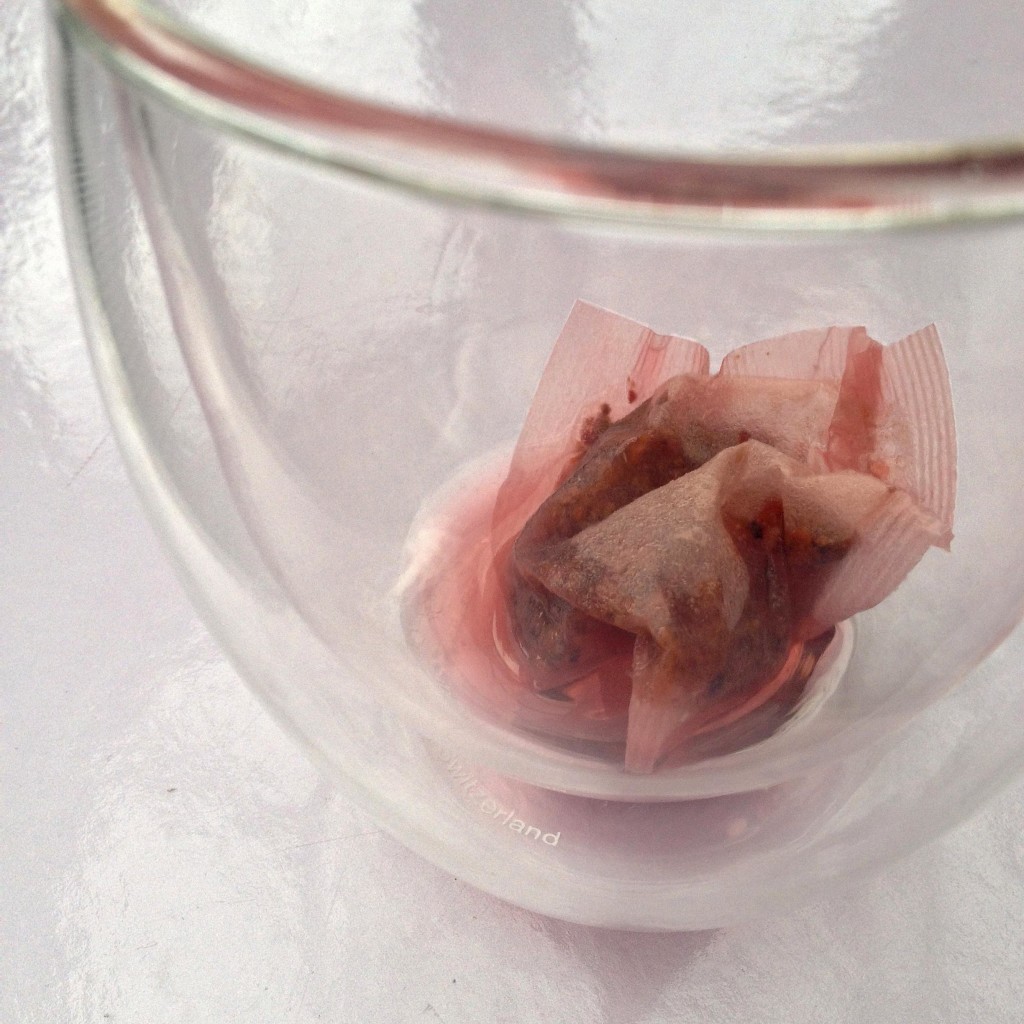 Sometimes, I feel like a used-up teabag: drained, flavourless, empty. But You do not throw me on the compost heap to rot. Instead, You refresh me – through laughter, through song, through the love and kindness of friends and family, through rest, through reading.

Inspired by Emptiness by Stephen Cherry (Barefoot Prayers: A Meditation a Day for Lent and Easter). 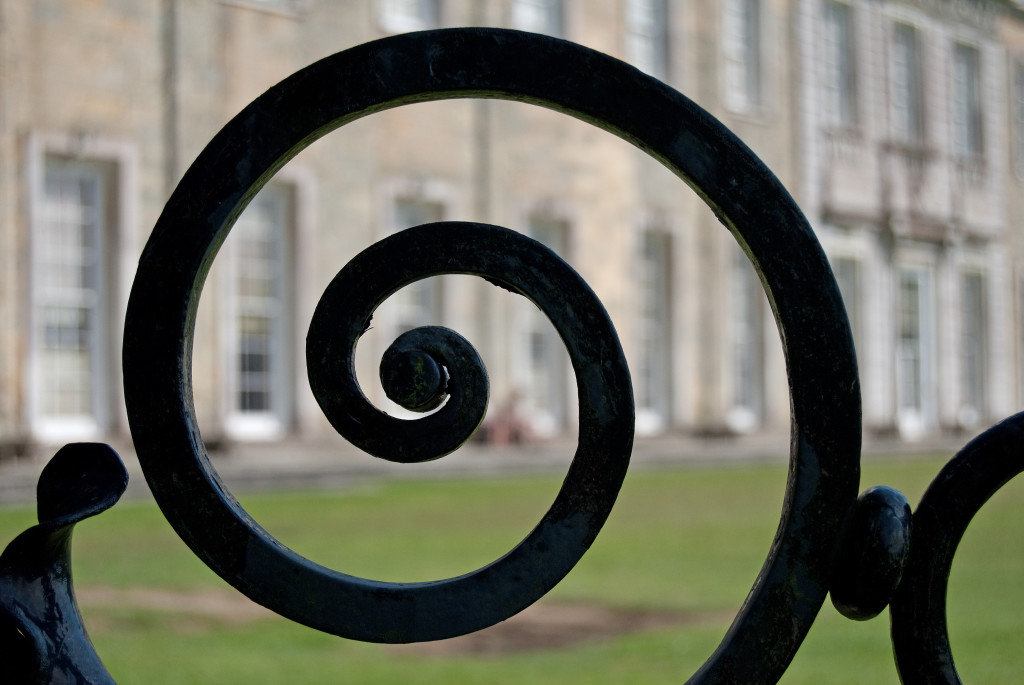 There have been times when I have experienced intense loneliness, when depression has put up a wrought-iron gate between me and the rest of the world. Right now, though, that gate is swung wide open, and I am free to mingle amongst my loved ones. Today’s prayer is going in my treasure box, so that I can take it out again should I need it in the future.

Image inspired by Loneliness by Stephen Cherry (Barefoot Prayers: A Meditation a Day for Lent and Easter). 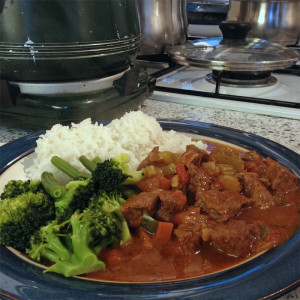 It’s Tuesday night, which means it’s Slow-Cooker Night. Our slow-cooker and it’s accompanying recipe book will be 16 years old on Friday … as will our marriage. I think we’ve done pretty well at looking after our wedding presents. We’ve still got the slow-cooker, the dinner service, the cutlery, the pots and pans, an electric whisk and three out of four clocks, plus we’re still using the towels and flannels we were given. Not sure what happened to the plastic fish dish though …

Anyway, even after 16 years there are still some recipes in the slow-cooker recipe book that I haven’t tried yet, so I thought tonight I would give the Hungarian Beef Goulash a whirl.

Here’s what goes in it:

And here’s what you do with the stuff what goes in it:

So far, only Sam and I have eaten tonight’s fare. I was so hungry, it barely touched the sides, but I definitely remember tasting the red wine. Sam’s given it 10/10 because he ‘can’t think of any way to improve it.’ He even ate all the bits of vegetable, including the pepper and celery. Must have been good.

ETA: Approving noises are emanating from the kitchen, so I’m guessing Matt and Sophie like it too.

About a month ago, I decided I was going to give myself the next two years to make something of this writing malarky. (After that, my youngest will be at secondary school and I’ll have to get a proper job!) So, I signed up for another course – Literary Short and Flash Fiction – and resurrected this blog and my social media accounts. And then, within about three days, I was contacted by a friend who co-ordinates the adult education courses at my local secondary school. She asked if I would consider being a creative writing tutor there in September. Blimey! If that’s not serendipity, I don’t know what is. Or it could be God working in mysterious ways again …

Anyhoo, after an initial ‘What me? She can’t mean me? I don’t have any actual qualifications!’ conversation with myself, I actually said, ‘Erm … okay?’ because I realised that I do have some actual qualifications. I have a PGCE and QTS (albeit in secondary science education) plus I’ve had some short stories and flash-fictions published. Not only that, but I’ve been on more writing courses (face-to-face and on-line) than you can shake a stick at. So what if I don’t have a degree in English? You don’t actually need a degree in English to be a writer or to teach writing. (That’s what I’m telling myself anyway!)

So, last Friday, I went to see my friend to talk about the nitty-gritty of it all, and the upshot of it is that from September, I’ll be teaching a beginners course in short fiction (I really need to come up with a snappy title!) that will run for two hours a week over ten weeks and will cover all the basics including how to generate ideas and turn them into stories, how to create believable characters etc, how to edit, revise and proofread and even how to market your stories. Scary!

If it’s really quiet and I listen closely, I can hear a little squeaky voice saying, ‘Don’t be stupid! You can’t do this! You’ll walk in that room, open your mouth and be found out for the fraud that you are!’ but right now, there’s also a loud, booming voice shouting, ‘How exciting! You go, girl! You can do this! This is your time!’ 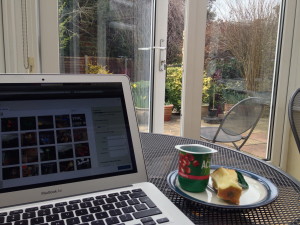 So … This is my new office, where I’ll do my writing and preparation. I’m taking over the conservatory. It’s just about warm enough to sit in during the day now, and it gives me a lovely view of the garden plus lots and lots and lots of light. Perfect.