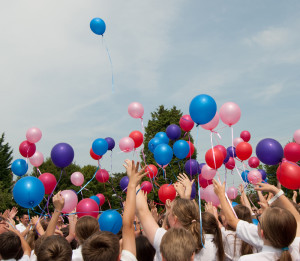 Or how it all started …

It was ten at night, and I’d been having contractions since five in the morning, but nothing was happening, so the midwife decided to hook me up to the foetal heart monitor ‘just to make sure everything’s okay.’

But everything wasn’t okay. With every contraction, my baby’s heart rate dipped.

‘Your contractions are still relatively weak,’ said the doctor, ‘but baby doesn’t like them, and I’m concerned that baby won’t cope well when they do get stronger. I recommend you have a c-section as soon as possible.’

The doctor gave me a sideways look. ‘You seem very calm about this.’

And that’s exactly what happened; fifteen months later, I was on medication for depression and anxiety. But it wasn’t just the drama of my second child’s birth that had triggered my mental illness; I’d lost my dad a year before she was born, and since she’d been born I’d been battling baby-induced sleep-deprivation. Controlled Crying hadn’t worked and after five months of it, it had left me a quivering wreck. I’d become obsessed with her sleep and my own lack of sleep, and the thought of upsetting our precious routine would send me into full-on hair-pulling, hand-clapping, rocking-backward-and-forward panic attacks.

Antidepressants helped. Talking helped. Having a loving and sympathetic circle of family and friends helped. Eventually I relaxed, let go and more-or-less recovered, but I’ve been left with a strange sensitivity to stress. I’m still calm in a crisis, but the tiniest things can trigger the old reactions: the palpitations, the irrationality, the obsession with routine. Happily though, this doesn’t last long anymore because I’ve learned to recognize anxiety’s approach, and I’ve assembled an arsenal of weapons to use against it. I’ll be writing about those in future posts. Stay tuned …

13 thoughts on “#atozchallenge: A is for Anxiety”