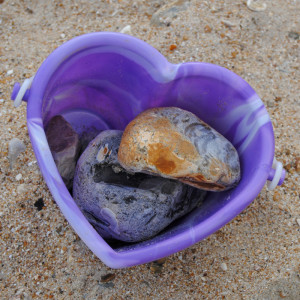 The good times … and the bad …

They say that laughter is the best medicine, but for me, for a while, citalopram was the best medicine. My doctor prescribed it for me for six months in order to get me going on the road to recovery. When I first started taking it, I was strung out. It’s a cliche, but it’s also the perfect way to describe how I was feeling. I was a rabbit caught in a car’s headlights, a deer caught in a hunter’s cross-hairs. My waking hours were spent in an anxious and obsessive blur. My sleeping hours were short and fractured. My body and brain were on constant high alert. The citalopram fixed all that – by numbing me.

It wasn’t until I emerged on the other side that I realised that as well as no longer feeling anxious and depressed, I’d also stopped laughing. One night, not long after I’d weened myself off the medication, Matt and I were watching television. I can’t remember what show it was, but I know it was a comedy. And I laughed at it. I remember Matt turning to me and saying something along the lines of, ‘That’s the first time you’ve laughed in about a year.’ It was true. And it felt good. I knew then that I was definitely on the mend. I started laughing again. I started caring again. I started picking up all the things I’d put down: looking after my body, looking after the house, reading, thinking, dreaming.

The antidepressants switched off everything – the bad feelings and the good. But that’s what I needed back then when everything was so extreme. I needed to feel nothing, to switch off my brain and calm my body, to allow myself the time and space to heal.

I’ve said before that it’s been a long and bumpy journey. On occasion it’s been two steps forward, one step (or more) back, but I’ve never been so depressed or anxious that I’ve needed to take medication again. These days I’d rather be able to laugh, even if it means also feeling down sometimes. Having said that, if things ever become extreme again, I hope I’ll not hesitate to go back to my doctor and ask for medical help once more.

And, rather than leave you on a somewhat dour note, here’s a video of the hilarious Milton Jones to leave you with a laugh instead!

2 thoughts on “#atozchallenge: L is for Laughter”