Today, I welcome Jacqueline Pye to my blog. Jacqueline’s story, Honour Maid, was a winning flash-fiction in the recent #flashcomp we ran at 1000words. Writers were given one image and four days in which to write a 200-word story inspired by that image. We received 33 entries and picked our five favourites which we then published on the website. It always amazes me how one image can inspire so many different stories, so I’ve invited Jacqueline along today to tell us, amongst other things, a bit about how she came up with hers.

Hi, Jacqueline. Thanks for agreeing to be interviewed. We’ve just published your winning story, Honour Maid. What prompted you to enter our #flashcomp?

Competitions which look interesting on twitter are checked out, and if I think I could work something suitable then the tweet goes into my Favourites list. I’ve been looking at 1000 words for a while, and when your flash fiction comp was announced, well that was a natural for me. And the tree image got the juices flowing.

Can you give us an insight into how you got from the #flashcomp image to your final flash-fiction?

Included in my book is a short story involving a tree used for an unusual purpose, and the notion has stuck in my mind ever since. The flashcomp image linked well, but I created a completely different set of circumstances which became darker as I thought them out – quite the norm now! Trimming to the word count took time, as I wanted a complete micro-story with scene-setting, a middle and an ending without giving the staccato impression which can sometimes result from having to reduce word count.

Other than images, what gives you ideas for stories?

As a former psychologist, I’m really interested in relationships and what can tip people over into anti-social or criminal acts. For example, why would someone poison their lover instead of just leaving, or murder their boss after missing out on promotion? Ideas also come from snatches of heard conversation; on a ferry I noticed a bossy chap telling his wife how to take a photo, when she clearly knew. A story emerged from that, and won a prize in a radio competition – though that was at a time when no-one could be all bad in stories, so the bossy man was OK in the end. I also use actions that annoy me; when our new neighbour immediately cut down a magnificent magnolia tree, he was pretty quickly demolished himself in a story for my next book. 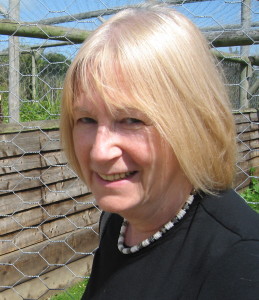 Which writers (or other creatives) have inspired you?

Aspects of many of the books I read seem to lodge in my mind and pop out when I’m writing, though as yet I haven’t tackled a novel. Barbara Kingsolver’s The Lacuna stays in the mind, especially for its circular story and satisfying ending, and ditto A Prayer for Owen Meany by John Irving – hard to believe it’s 25 years old. Anthologies of selected short stories are a favourite, though different since if they’re current then they can help to illustrate the zeitgeist which these days I notice is different to, say, five years ago and is still evolving.

What do you like about reading and writing flash-fiction?

A short, satisfying story to be read in no more than five minutes is right up my street. My concentration span is about that of a goldfish, so both reading and writing in this genre (I think it’s a genre) is perfect. Writing flash is quick to start with, and while it takes a lot longer to edit, one can leave it and return at any time. And it’s true what they say – every word has to be useful and just right. But finishing the final edit gives the same feeling as taking a tray of perfect muffins from the oven.

What tips would you give to aspiring flash-fiction writers?

If it’s for pleasure, then I’d say write whatever interests, amuses and pleases you. If it’s for a competition or other submission, then do take note of length required, and read as much successful flash fiction as you can to get a feel for what’s being chosen. Then hone your idea into a first draft and edit ruthlessly for unnecessary phrases/words, change bland words into those more striking, and if there is more than one character, be sure to make them different and identifiable. 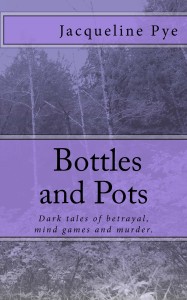 Thanks again for agreeing to be interviewed. Before we let you go, is there anything else you’d like us to know?

A selection of my dark short stories and flash fiction pieces in my self-published book Bottles and Pots; some of these were listed, commended or placed in national or international competitions. I’m currently working on my next collection, which will include a story which recently won a competition in Writers News, the Magnolia piece and some flash fiction such as, hopefully, Honour Maid!