Today, once again, I welcome Shirley Golden to my blog. Shirley’s story, Jacob Clears His Head, was one of the five winning flash-fictions in the recent #flashcomp we held at 1000words. As Shirley’s already submitted herself to a 1000words interview, I asked her if she’d like to write a guest post here instead. To my delight, she said yes and has kindly written the following. Thanks, Shirley! Over to you …

Anyone who’s ever submitted work to be considered for publication has to face rejections. And anyone who’s had to deal with rejections will know it isn’t easy. Of course, there are ways to soften the blows: sending out lots of submissions, and having a list of potential places ready to re-submit helps with focus and motivation; having an appreciation of the odds, if entering competitions, can help sustain self-confidence (even for a competition that receives around 200 entries, a short list of ten offers only a 5% chance of selection). More prestigious competitions attract thousands of entries and can bring the odds down to 1% or less. So, a rejection doesn’t necessarily mean your story isn’t any good.

I find it beneficial to look at my history of submissions for individual stories. For example, I’ve a couple that have been rejected 11-12 times but have also appeared on 3-4 long and/or short lists, and so I’ll keep tweaking and re-sending them because I know it’s about finding the right market, or landing in front of the right judge/editor at the right time. It’s also why long and short lists are so useful. Many stories I’ve had placed in competitions have been rejected several times, and one story was rejected five times before it went on to win a decent first prize. Perseverance really is an asset in this business. It’s true that rejected work often goes through extensive edits, but not always. I’ll stick to my guns if my inner voice tells me the story is working.

Of my submissions for this year (excluding those I’m waiting to hear about), 16 of 41 have achieved long or short listings and/or have been accepted for publication. This is a fairly typical hit rate for me in the last couple of years. However, it still means I have to deal with the fact that around 60% of work I send out fails. So, how do I feel about this? During the times when all goes quiet, I wonder why I keep submitting, and in a rather black period earlier this year, I missed a couple of the bigger competition deadlines – ones I’ve entered (without success) for the past few years. And perhaps that was a wise move; perhaps I saved myself a great deal of work and a few pounds in entry fees.

But actually, it feels like my first true failure, and it’s a salient reminder that it’s far more constructive to just keep on trying. 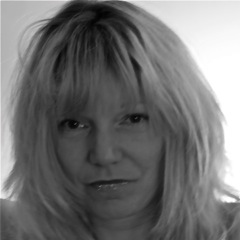 Shirley can be found at her website as well as on twitter. Her winning story, Jacob Clears His Head, can be read at 1000words.

5 thoughts on “In A Flash: Rejection and True Failure by Shirley Golden”