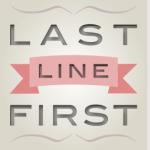 Good morning from the chilly-but-sunny south of England! Welcome to Week 7 of Last Line First, a weekly and week-long, low-pressure flash-fiction challenge. Pour yourself the drink of your choice, pull up your favourite chair, have a read of last week’s stories and then have a go at writing one of your own. You don’t have to post it right away. You’ve got until midnight (GMT) on Sunday the 8th of March to enter, so you can write, rewrite and polish to your heart’s content!

Your last line prompt this week is from Why? by Paul. I picked it as my favourite because it’s one of those important questions that fiction writers strive to answer with their stories.

As always, you have until midnight on Sunday to comment on this post with your ≤200 word flash-fictions. Remember: you can tweak the last line however you see fit. For a full run-down of the rules and easy access to previous challenges and their stories visit this page.

Why do people do what they do?