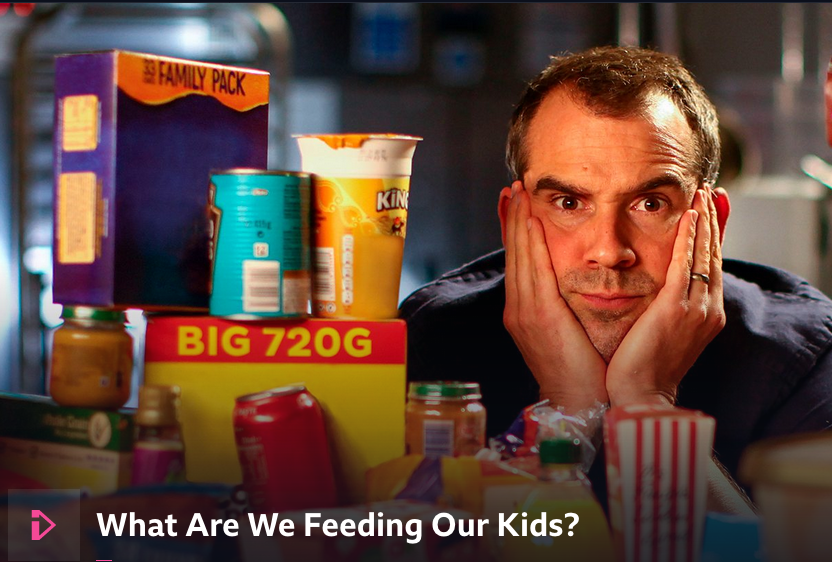 A couple of days ago, I was pootling around BBC iPlayer looking for a drama to watch, when I stumbled across a documentary about food and what we’re feeding our kids. I was drawn to it for two reasons: one, because I’ve recently made a fairly radical change to my own diet and have been thinking about food A LOT, and two, becuase it was presented by the twin doctors from Operation Ouch, a programme I used to watch with my kids when they were little.

Anyhoo, as I watched the programme, I had one of those lightbulb moments. Over the last thirty years, I’ve tried all sorts of weightloss and fitness programmes: Slimming World, Weight Watchers, Rosemary Connely, Special K, The Weigh Ahead, gym memberships etc, etc, etc, and, while I’ve lost weight on all of them, nothing has stuck. I’ve always fallen off the wagon and back into old habits. The lightbulb moment came when, after eating a diet that consisted of 80% ultra processed foods (UPFs), Dr. Chris had his brain scanned, and it showed that new connections had formed that were very similar to those seen in people with addiction. Not only that, but after 30 days of going back to eating a diet low in UPFs, those connections remained intact. EEK! Why was this a lightbulb moment? Well, over the course of my recovery from severe mental illness, I’ve been regularly practicing mindfulness and meditation because I learned that doing so for ten minutes a day for at least six months can actually rewire the brain. It shrinks the amygdala (the fear centre) and reduces the number of connections between the amygdala and the higher brain (where we do all our thinking and worrying). This made me wonder whether I could rewire my brain again, not to reduce my anxiety levels, but to decouple the reward part of my brain from the ‘eat all the yummy food with no regard for your health’ part of my brain. I’m not a neuroscientist (although my background is in biochemistry), so I have no idea if that is actually a thing, but I reckon if I can train my brain and body to be less anxious, I can train my brain and body to eat more healthily, and maybe even do it for the rest of my life.

Recently, I’ve been trying to ‘eat a rainbow’ every day and cut back on processed food, but this programme and the realisations and questions it prompted, has made me want to go further. I want to significantly reduce the amount of UPFs in my diet while increasing the amount of un-processed and minimally processed foods. No calorie counting, no Syns, no points, very little weighing and measuring – I’m simply moving to a less processed, more ‘food in its natural state’ diet and trying to pay attention to how hungry or how satisfied I am. There’s no official programme for this; I’m researching and experimenting as I go, but I’ll share this journey here in the hopes that you, dear reader, might find it helpful.