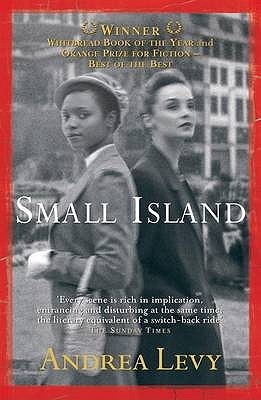 This is an amazing book, both beautifully written and horribly uncomfortable. It roused all sorts of emotion in me: at the start of the book, I found I could muster little sympathy for any of the four main characters; they all came across as fairly unpleasant. But by the end of the book, my heart broke for all of them, even Bernhard (who I found hard to like at all, even given his difficult upbringing and wartime experiences). The way the book is written–from alternating points of view, and jumping around in place and time–allowed me to get to know and understand all the characters, their past, their present, their motivations. I was confronted with the sheer horror of war, and felt overwhelmingly grateful for the comfortable and safe lives that I and my family live. And perhaps the most difficult aspect of this book for me was the awful, awful racism that white, British people (and white American GIs) showed to the black immigrants and soldiers. It boggles my mind that people could be so cruel and unloving, especially when confronting a common enemy.

This is a superb book that will haunt me for a long time. I would love to read it again some day, and will certainly look out for more writing from Andrea Levy. 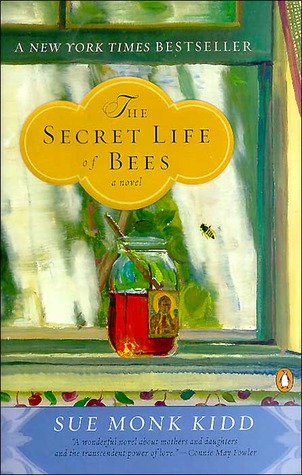 Set in 1960’s America, The Secret Life of Bees is the story of Lily Owens, a young girl, whose life is haunted by the accidental death of her mother. After her mother’s death, Lily is raised by her abusive father and by a black nanny, Rosaleen. Whilst on her way to register to vote, Rosaleen insults three of the county’s most vehement racists and is beaten and jailed. Fearing that Rosaleen will be killed by her attackers, Lily helps her escape from the hospital where she is being treated and held prisoner, and together they go on the run. Still questioning her mother’s death and love, Lily heads toward a town where she believes her mother once lived. There she finds the beekeeping Boatwright sisters, May, June and August, who take her in. Living in their house, she finally discovers the truth about her mother, as well unconditional love and peace of mind.

I finished The Secret Life of Bees about a week ago, and I’ve been mulling it over ever since. On the whole, it was an enjoyable read, but there was something a little off about it, and I still can’t quite put my finger on what it was. It might have been the writing itself. There were some great descriptions and figures of speech that were truly inspired, but some of it seemed to wander all over the place. It might have been the story. It is a story that deals with racism, but for me it was a little twee in places, not as gritty and uncomfortable as others I’ve read. It might have been the characters. While they were not strictly stereotypical, there was enough about them for me to want to call them predictable. It might have been the author’s use of time. On the odd occasion I did lose a sense of how fast the story was progressing. I remember at one point, feeling as if Lily had been a part of the Boatwright house for months, and then reading that only a week had passed. It might have been the moral of the story. I did feel things got preachy toward the end, and what could have been left to the reader to intuit was spelled out too clearly.

Having said all that, I did appreciate all the little snippets of bee information at the start of each chapter. Once I had read each chapter, I went back and read them again and marvelled at how well the suited the subject of the chapter. A nice touch. I was left thinking that it would be a much better world if we could just get along like the bees do! Stories about injustice, inequality and unfairness always make me angry, and this one was no exception. It’s a good anger though, it’s an anger that reminds me that when things are wrong we should all do our part to combat them.